As a child, he “absorbed” the behavior of his father Tony Storaro – a star only on stage, an earthly person outside of it

“Fiki, I am proud of you! My dream came true. Keep conquering new heights – you deserve it! ”Were the first words Tony Storaro said to his son as soon as he left the stage of“ Like Two Drops of Water ”as a winner. And his competition was not small. In the final he faced Maggie Janavarova, Dara and JJ.

The audience vote won with the image of Lionel Richie. Fiki knew that his finesse, ease and the emotion with which he sang would be a challenge. Nevertheless, he boldly embarked on it. “Lionel Richie is a singer I’ve been listening to for many years, and maybe that’s why I chose him – I feel his voice very close to me and my sense of singing,” says Fiki. 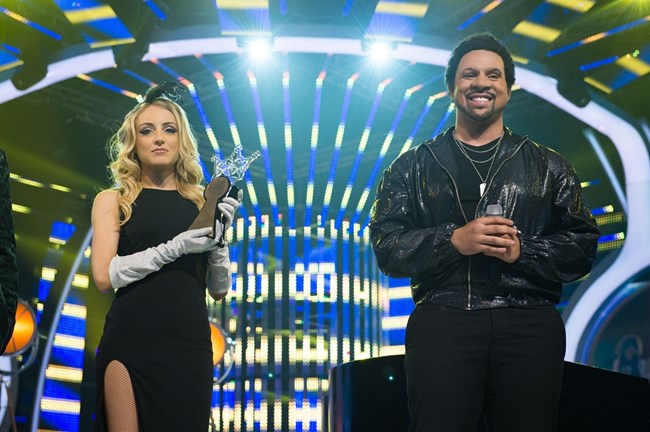 Fiki Storaro won the final of “Drops” with the image of Lionel Richie.
PHOTOS: KRASENA ANGELOVA AND PERSONAL ARCHIVE

The song Hello from the repertoire of the world star, which he performed, has a special meaning for him. “I think it’s a very worthy song and 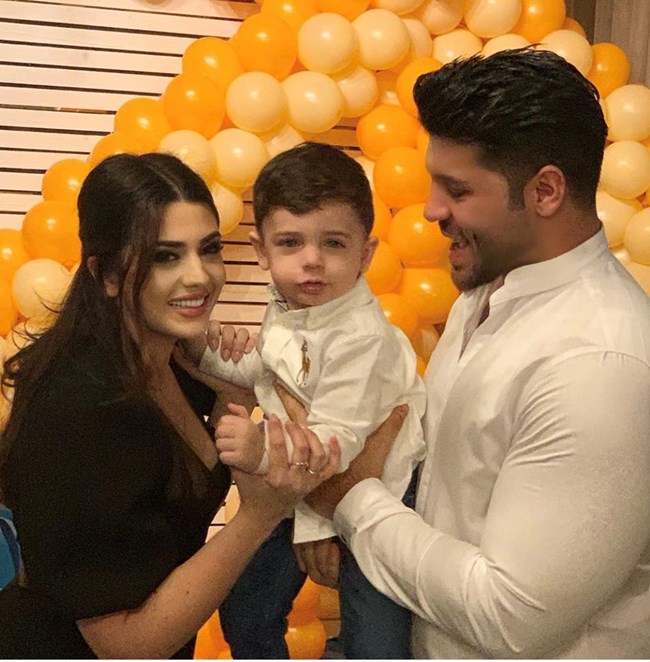 The singer with his wife Guljan and their son Tuncher

to be one of the five selected young people from Bulgaria for the 110-member Youth Music Voices choir for the opening of the Olympics in London in 2012, ”Fiki recalls with a smile.

But he wasn’t the only one to come off the stage with a prize. His father, Tony Storaro, was awarded the Father of the Year award, and deservedly so. “I asked him for advice and I thank him for it. He is a unique musician with a lot of experience and he always gave me the right direction. I appreciate what a treasure it is to have such a great professional next to me – to be able to see every single detail. When he was presented with the diploma, he said that he felt very proud, he was hellishly excited and infinitely happy “, says Fikret – this is his real name.

It is very important for him that he made him happy, because he owes his good upbringing to Tony Storaro, which did not go unnoticed by both the jury and the audience. “When I was growing up, my father was already popular and I was” absorbing “his demeanor – a star only on stage, outside it a real man with an equal, earthly attitude to everyone. I have always watched from him and from my closest people how to behave. And I’ve always tried to appreciate the man himself, regardless of his background, his position in society, his religion, never to speak of a man I don’t know,

and all people in general. I believe that if there is respect between us, the world will become a better place to live and we will all be happier “, says Fiki with a smile and hoping that one day it will happen.

During the state of emergency, he observed the strict rules of self-isolation. He left home only to go to the store or to rehearse “Drops”. There, they took extreme measures to make sure that they would not allow the infection to spread around the participants and the team. “They measured our temperature every time we went for a rehearsal or for life, we all wore gloves, masks, the access of outsiders was limited … Behind” Like two drops of water “is a great team that coped with this challenge. But beyond the work pandemic, these people follow every detail of the show. I have no words for the organization – they were like eagles watching over us, and I thank them for this whole experience! ”, Explains Fiki.

In the two weeks since the first coronavirus was registered in Bulgaria, he was still involved. “I even had to travel to Germany and I wore Jennifer Lopez’s heels with me so I could rehearse gait and heel dancing at the hotel. Then, when we were locked up at home, I stood in front of the mirror with the remote control while I cleared every detail – I went back to my childhood a bit, so I did as a child, “says Fikret with a laugh.

In recent months, he has mainly composed at home on the piano. “And of course, I try to spend enough time with my family, with my son, who needs me,” says the singer. His child is already 2 years old.

It bears the name

and is already showing his musical talents, which seem to be inherited by the Storaro family. Fiki’s brother, Emrah, is also a singer.

The two, like Tony Storaro, are pop-folk performers, which seems to make people think that Fiki will not do so well in imitation of world stars. In the first life, however, he refuted anyone who thought so, with the image of Stevie Wonder. “I think there are very good pop-folk performers, first of all, because a large percentage of them have graduated from music schools, have an education, sing folk music, which is extremely difficult to perform. I am very glad that I, as a representative of our industry, managed to change the opinion of many people, and I thank them for this sincerity and that they were so real in their comments. If I could paraphrase a Bulgarian proverb, I would say that my case in “Drops” was

“According to the genre,

by voice shall be sent “,

He falls into the group of those most affected by the pandemic professionally. “I think that at this moment all our colleagues are stuck in one place and waiting for the green light so that we can work again. People in the field of art need work, commitments, because this is our life. At one point, when this thing stopped, we felt like we were in a hole. I think that the state should think more about the artists – the actors, the singers … “, adds Fiki.

Why Muki is at war with Marta Vachkova

Ninety years of Ray Charles: the 5 curiosities of the life of the ‘father of soul’

Animal eyes as seen by a macro camera

Meenakshi’s birthday; Manju Pillai says we can celebrate when you come

US sanctions 8 people and 7 entities for alleged Russian interference

‘From the then ponytail sundari to today’s super sundari’; Jyotsna tells about Rimi

Kovid dies again; Kovid confirmed the death of a 79-year-old man in Alappuzha

Bio Farma is targeted to be able to produce 250 million doses of corona...