Shehnaaz Gill has shared a photo of her with her co-contestant Shefali Bagga in Bigg Boss 13. While sharing this post, Shehnaz says that Shefali Bagga had threatened him to share this photo.

Mumbai Punjabi singer and actor Shehnaaz Gill is very active on social media. She keeps sharing her new photos on social media every day, in which her style is changing every day. These days the actress is in the headlines for her transformation (Shehnaaz Gill Transformation). Meanwhile, he shared a photo with his co-contestant Shefali Bagga in Bigg Boss 13. With whom he has also written a funny caption.

Shehnaaz Gill shares this post saying that, Shefali Bagga had threatened him to share this photo. Tagging Shefali Bagga with the photo, Shehnaz Gill has written – ‘It told me that if you don’t put a photo with me, it will kill me.’ With this, Shahnaz Gill has posted some laughing smileys. 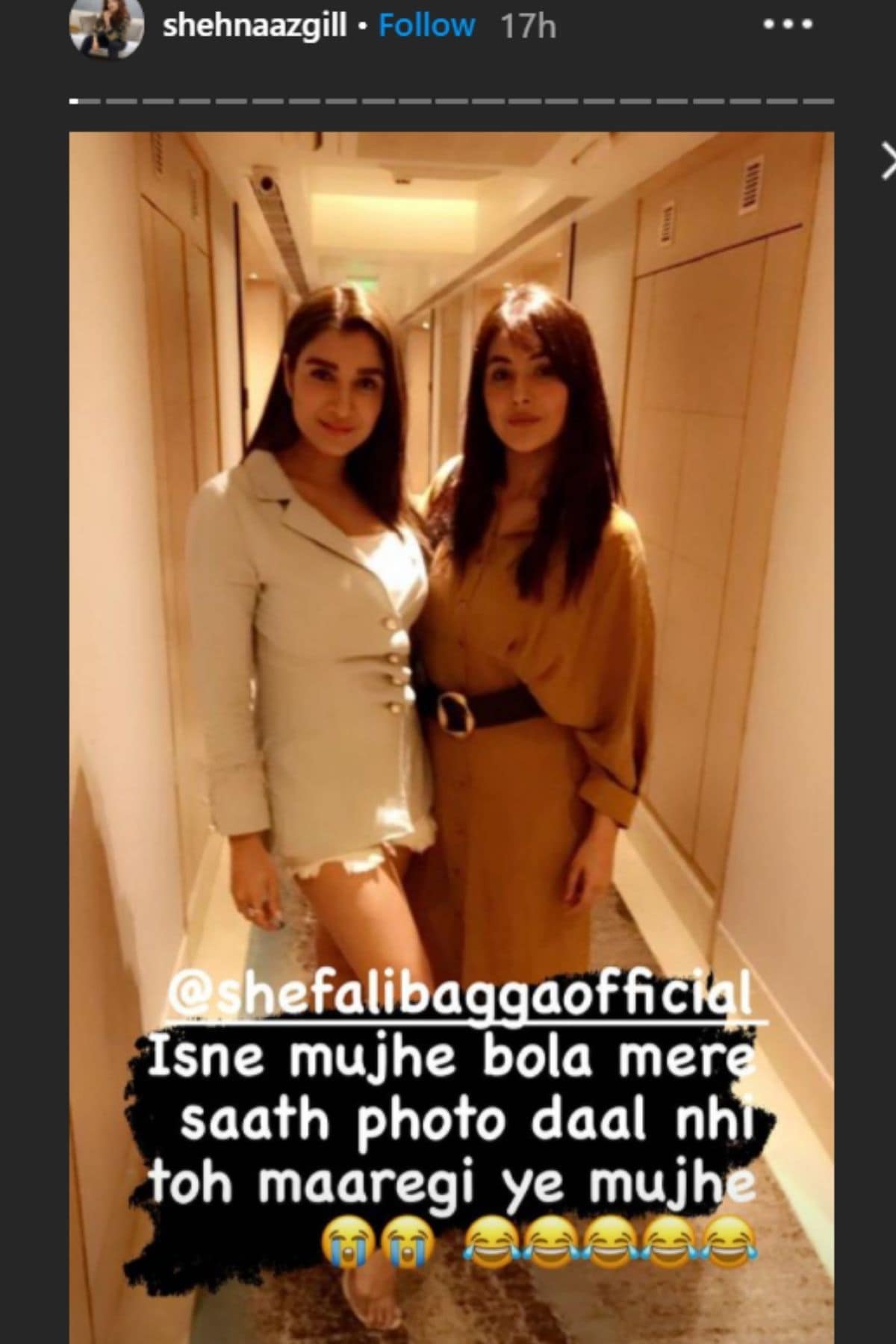 At the same time, Shefali shared a photo on her own Instagram story and while quipping wrote – ‘Bach gayi tu meri haath se’. At the same time, he shared another screenshot, in which #Shefnaaz was trending on Twitter. Shefali writes – ‘Trending shehnaajgil baby.’

Let me tell you, this photo of Shahnaz Gill and Shefali Bagga is not yet, but a few days ago. Both met in Bigg Boss-13, where there was discussion of fighting with both of their friends at home. But, after coming out of the house, they both have a good friendship. After coming out of Bigg Boss’s house, Shefali was also seen supporting Shahnaz Gill and appealing for her to vote for her fans.

Rohanpreet Singh And Tony Kakkar Fighting For Neha Kakkar Singer Says I Am Both Baba Video Viral – Fight between brother and husband over...

Farmers Protest: Sanjay Raut said that the way farmers have been stopped, they have been treated like terrorists

NGT reserves order on crackers ban in 18 states apart from...

UP BEd Counseling 2020 date: BEd counseling will be held from...

ICC announces ban on players under 15 playing international or under-19...