Sunrisers Hyderabad openers David Warner and Johnny Bairstow are at the crease.

The 43rd match of the 13th season of IPL is being played between Kings XI Punjab and Sunrisers Hyderabad in Dubai. Batting first after losing the toss, Punjab gave Hyderabad a target of 127 runs. This is the smallest target in Dubai this season. Earlier, in the 40th match, Rajasthan Royals gave Hyderabad a target of 155 runs. Sunrisers openers David Warner and Johnny Bairstow are at the crease. Click here to see the scorecard of the match …

Punjab has scored 126 runs losing 7 wickets. The team was given a decent start by opener Lokesh Rahul and Mandeep Singh, but the team could not reach the big score due to no big partnership. In the match, Punjab team was completely dominated by Sandeep Sharma, Rashid Khan and Jason Holder. Nicholas Puran 32 not out for Punjab, Rahul 27, Chris Gayle 20, Mandeep scored 17 runs. Sandeep, Rashid and Holder of Hyderabad took 2–2 wickets.

Gayle and Rahul out on consecutive balls
Punjab lost 2 consecutive wickets at a score of 66 runs. Chris Gayle (20) was caught by Jason Holder at the hands of David Warner on the last ball of the over. At the same time, on the first ball of the over, Rashid Khan bowled Lokesh Rahul (27). Earlier, opener Mandeep Singh was dismissed for 17 runs. Rashid caught him on Sandeep’s ball.

One change in Sunrisers and 2 changes in Punjab team

A change was made to the Hyderabad team. Khalil Ahmed replaces Shahbaz Nadeem. Made two changes in Punjab’s playing eleven. Mayank Agarwal and Jimmy Neesham were dropped. They were replaced by Mandeep Singh and Chris Jordan. 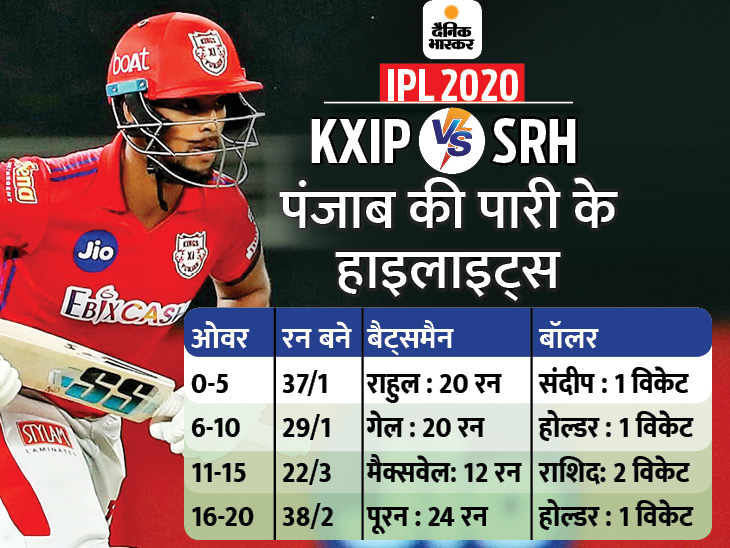 Punjab team came out with a black belt in the match. Indeed, Mandeep’s father Hardev Singh died on Friday. He was ill for some time. Punjab players tied a black band to pay tribute to Mandeep’s father.

Foreign players in both teams
Johnny Bairstow, Jason Holder and Rashid Khan are the foreign players in the playing XI of Hyderabad, including captain David Warner. At the same time, the Punjab team consists of Chris Gayle, Nicholas Puran, Glenn Maxwell and Chris Jordan.

The last time Hyderabad defeated Punjab
Both teams are face to face for the second time in the season. In the previous match, Hyderabad won the match by 69 runs. While batting first in Hyderabad, Hyderabad scored 201 for 6 wickets. In reply, Punjab were piled on for 132 runs in 16.5 overs. 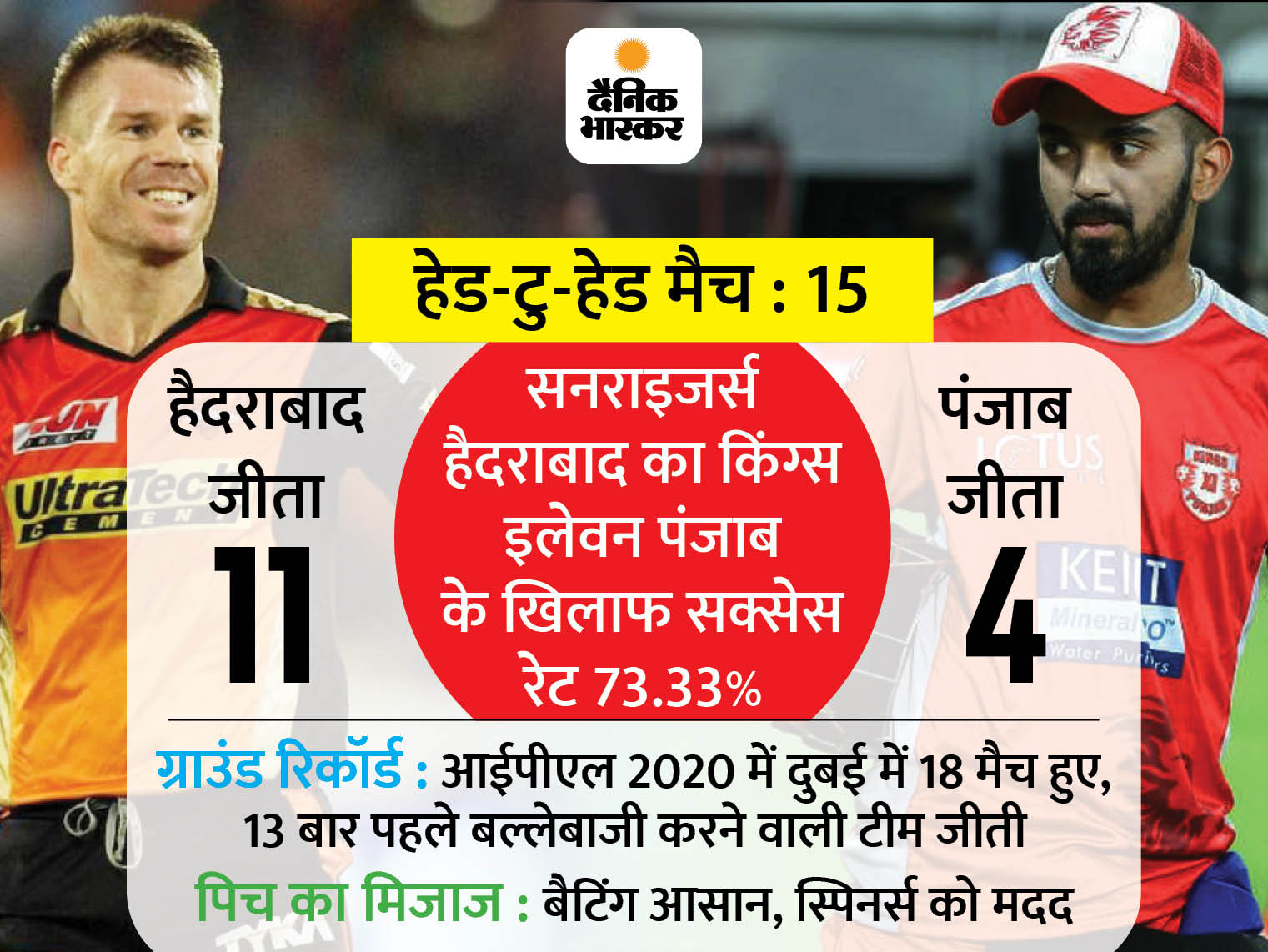 BJP is like one-way traffic, you can come here but can’t go from here: Sushil Modi | Sushil Modi said- I may not...

Big charge of the person who got Kovidshield vaccine, sent 5 crore notice to serum

Nandan forest will be built in West to Wonder Park

Rain with thunderstorms in ‘Ya’ districts of Maharashtra; Meteorological Department...

IRDAI announced Health insurance portability lakhs of people can get the...