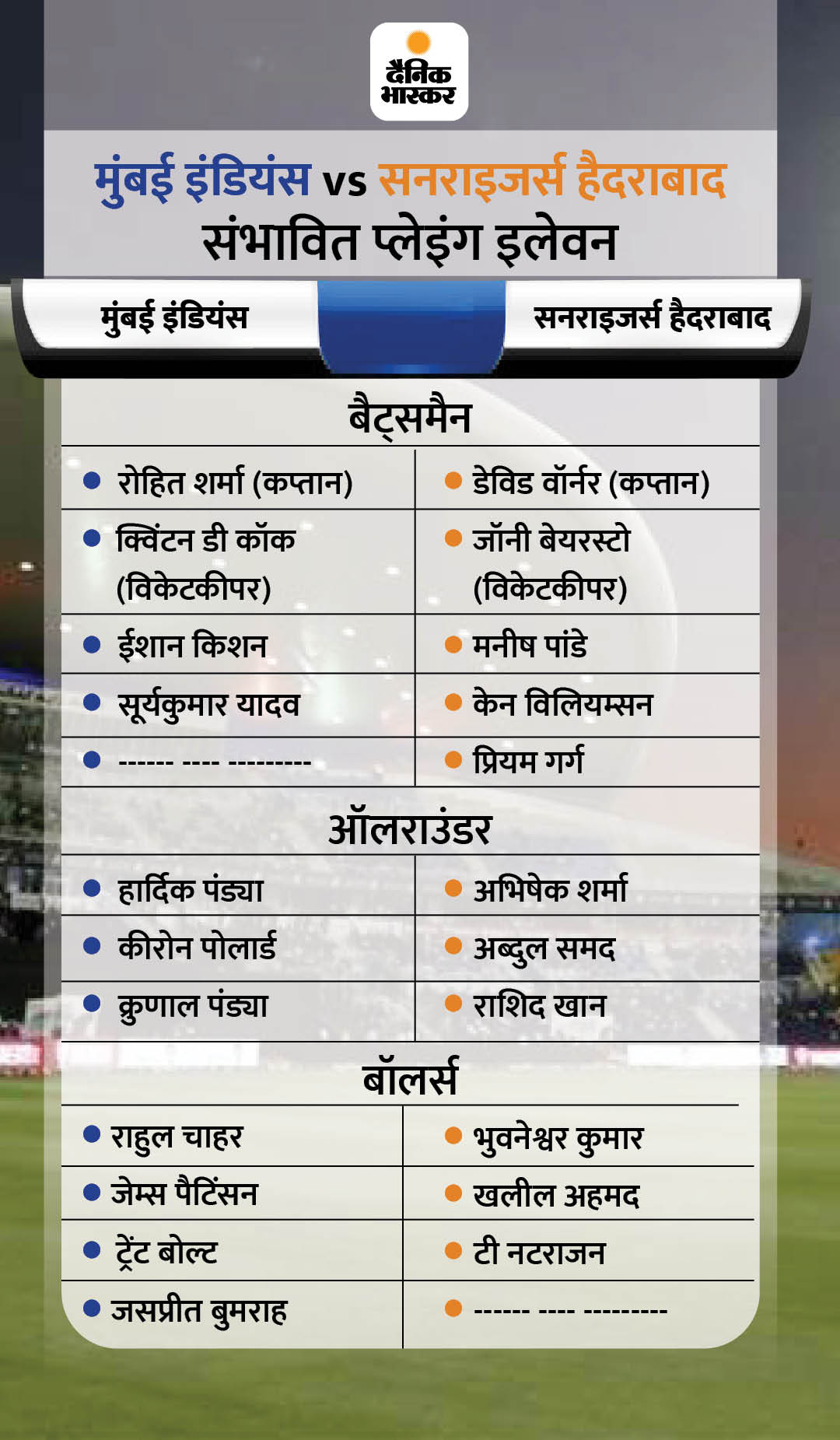 The second double header (2 matches in a day) of the 13th season of IPL will be played today. In the afternoon, Mumbai Indians will take on Sunrisers Hyderabad in Sharjah. After this, Chennai Super Kings and Kings XI Punjab will be face to face in Dubai in the evening. This match is very important for Chennai and Punjab, as both teams have lost 3-3 of 4 matches in the season. In such a situation, another defeat will increase the odds of both. Chennai is at the bottom of the point table and Punjab at number 7. 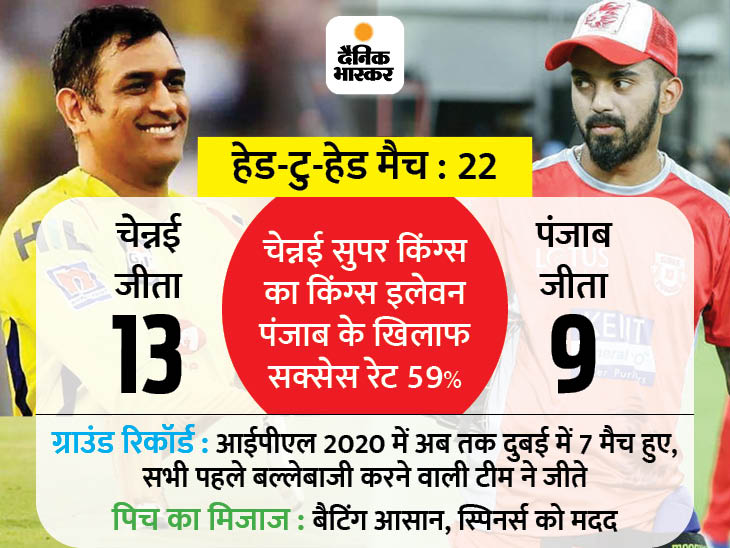 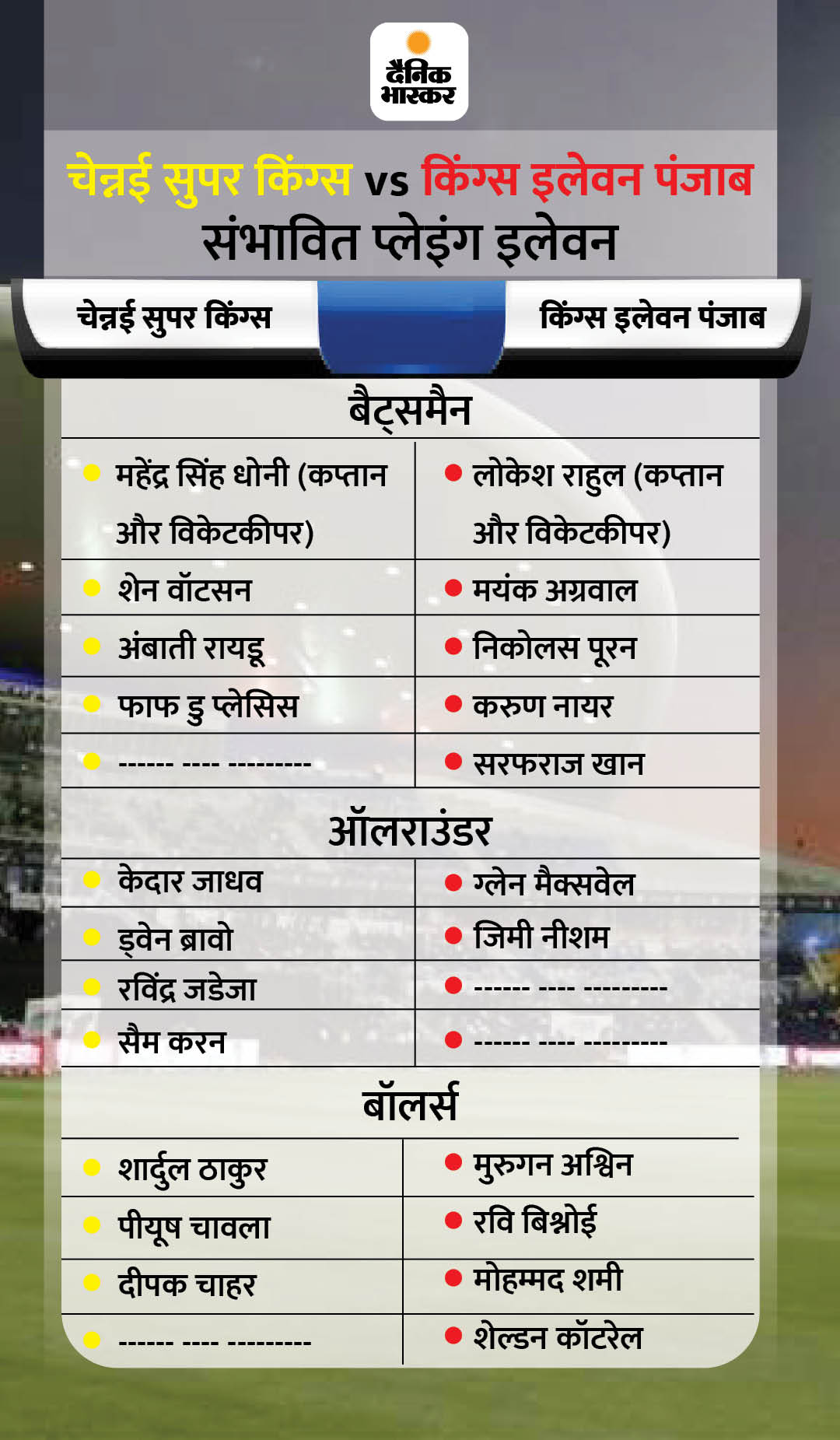 Pitch and Weather Report
The skies will remain clear during the matches in Sharjah and Dubai. Temperatures are likely to be between 27 and 38 degrees Celsius in both places. In both places, the pitch can help the batsmen. Being a slow wicket here will also help the spinners a lot.

What is Constitution Day and why is 26 November celebrated?

Rohanpreet Singh trolled, said – Only you will be identified as Neha’s husband

Mumbai will have a chance to reach the top once again...

pm narendra modi hits at opposition parties over article 370 in...

Modi’s warning to China, Pakistan; If you try to take...

Know Devotthan Ekadashi after this only nine Muhurats of marriage

corona virus: Only 1004 corona infected patients in the district now...